Like Soldier Field, Thomond Park and the Aviva Stadium, Joey Carbery has enjoyed some heady days on the grounds in Castle Avenue.

The home of the Clontarf Rugby Club, where the Ireland and Munster out-half had a brief but successful stint before entering the professional ranks with Leinster, was the setting for yet another memorable rugby gathering – and not just for Joey.

In his capacity as a Europcar Ireland Mobility Group ambassador, Joey took time out from Ireland’s gruelling World Cup preparations to the spend an afternoon with a group of very lucky youngsters.

Thankfully, the sun was also in attendance, so there could not have been a better backdrop for Joey to share some of his kicking techniques with the children of our customers, suppliers and staff.

“Joey has been involved with Europcar Mobility Group since the start (of his professional career). Our former CEO, Colm Menton, picked him out of Clontarf and said ‘this guy is going to go far’.

“To see him back here, playing rugby, kicking a ball, and with Europcar Mobility Group involved, it’s fantastic.” 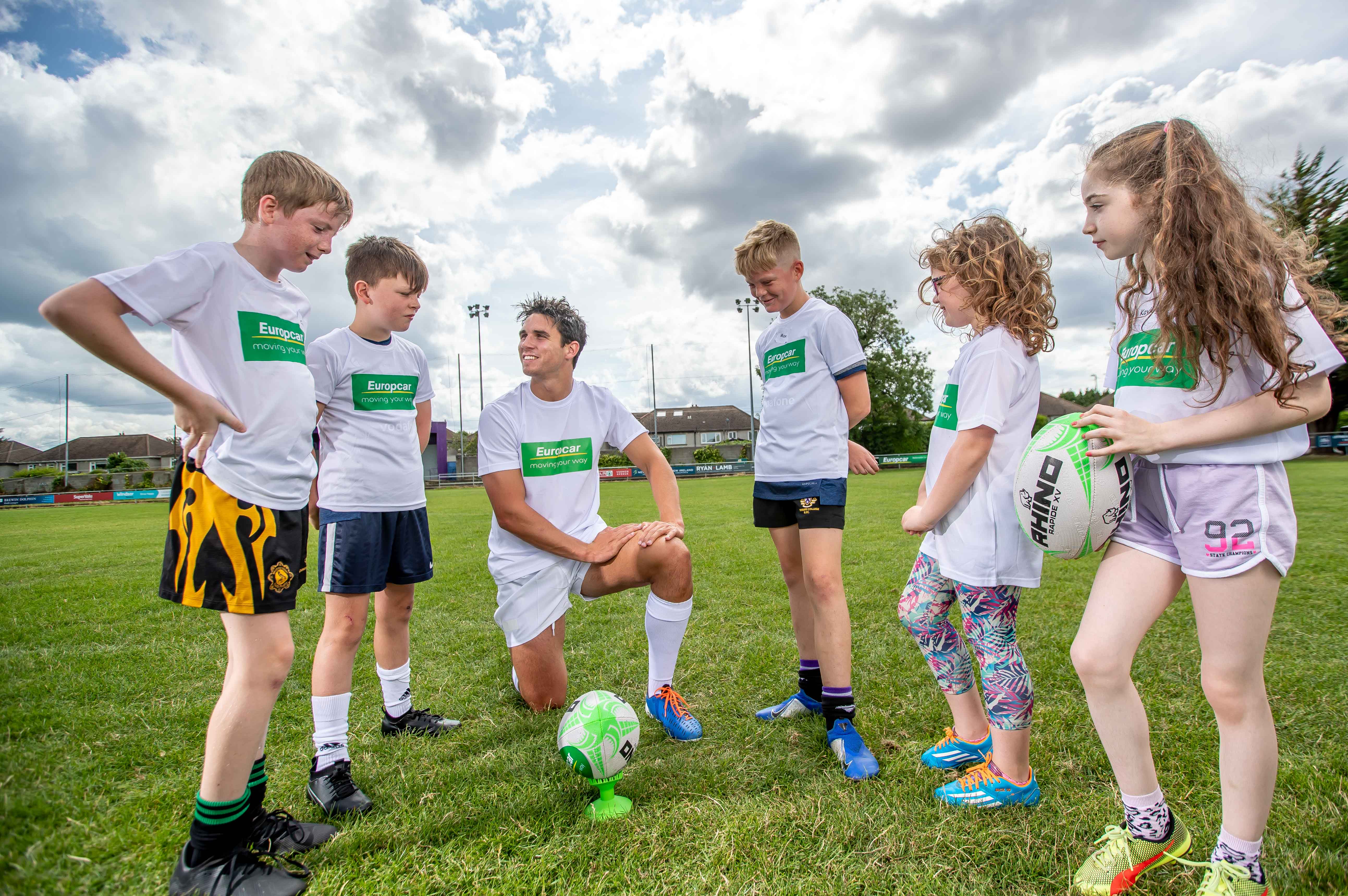 Indeed, Joey also found cause to reminisce about those relatively recent times when he was just another prospect chasing a dream.

It was at Castle Avenue, during the spring of 2016, that Joey helped Clontarf book a place in the AIL Division 1A final at the expense of a UCD side featuring, among others, Dan Leavy, Andrew Porter and Ross Byrne.

“Lots of memories,” he said. “I suppose the big one that sticks out from this pitch would be winning the AIL semi-final against UCD. It was a pretty close game and then, we kind of ran away with it in the end. It was a day like today and a great atmosphere.”

“I played my last season for Clontarf, went on to play a couple of games for Leinster, then got into the Irish team. So it was a huge stepping stone for me to progress into the national team.”

Joey’s parting gift to the club was a scintillating individual performance in their victory over Cork Constitution in the AIL final at the Aviva Stadium. Then, just four months later, he made his international debut as Ireland earned their first-ever win against the All Blacks on that famous day in Chicago. 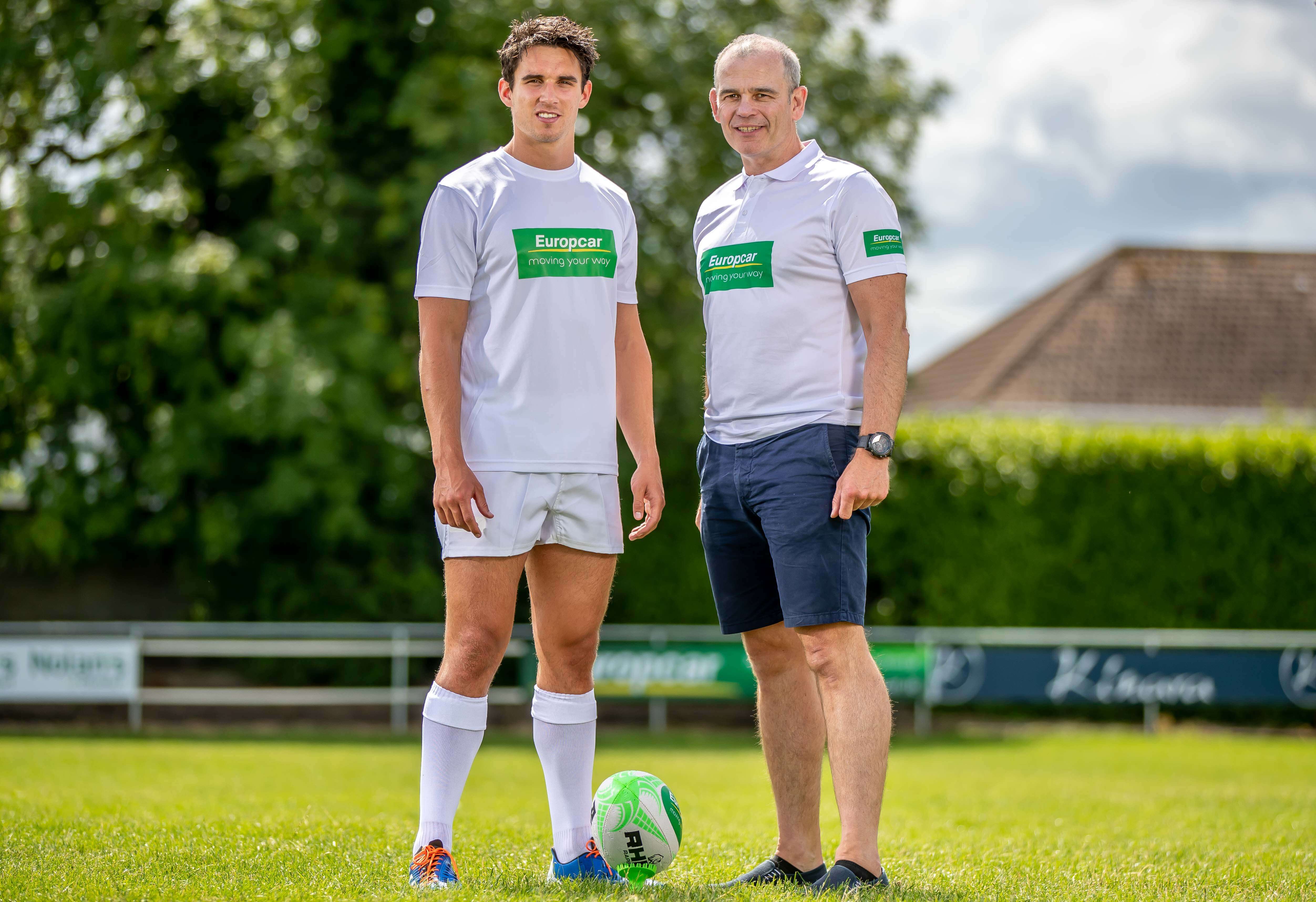 Back in Clontarf, imparting a little wisdom to potential future stars, Joey emphasised two crucially important aspects of the game.

“It’s great to see so many kids up here. I would have been four when I first started playing. From a technical side, if you can get skills early on, it can help you a lot. For me, even from a social side, the friends you make in rugby will be with you for life. That’s a huge of part of it.”

Colm Brady noted how pleasing it was to share a day with Joey and the Europcar Ireland Mobility Group’s valued stakeholders, particularly with Ireland’s Japanese odyssey looming just over the horizon.

“Joey is such an exciting player. To see him just before he heads off for the World Cup is hugely important. We’re very proud to be able to do this, and it’s great for Europcar Mobility Group to spend this time with our customers and suppliers.”